Where have I been?

My last post was January 3rd. That is 6 months ago. Wow, where have I been? Well, truth be known, I've been on a bit of a journey.  A health journey. A unplanned journey!  I wouldn't call this journey fun, nor exciting, nor adventurous. Simply put, it's kept me grounded. Grounded as in with my butt upon the couch.

It all started last fall. The middle of November was the last time I remember having energy. I had been diagnosed with anemia and assumed my malaise was due to the low iron. Despite taking iron supplement, after iron supplement I couldn't seem to get my iron level within a 'normal' range. I had a doctor's appointment the end of January and on that day, I simply felt like death warmed over. I had gone in to see what could be done to get my iron level up and working for me rather than against me. That day I sat in the doc's office with my head leaning against the wall, I had zero energy, a tummy so sore and inflamed I looked like I was five months pregnant. After lengthy questioning, my doctor sent me for a few tests and it was determined I had the Helicobacter Phylori Bacteria. It was apparent that I had developed an ulcer from this bacterial infection. The anemia, and inability to increase my iron level was likely due to the ulcer. Luckily there is a quick and simple solution to ridding my body of this damn bacteria. Prescribed was a triple dose of medications for 14 days. Simple fix! NOT!!

On day ten of the course of medication, I experienced an anaphylactic reaction to the meds. Holy Crapola! Anaphylaxis is scary stuff. This drug allergy triggered several other allergic reactions. I experienced nine anaphylactic reactions in total.  I had allergic reactions which included difficulty breathing, racing heart, coughing, vomiting, hives, itch, swelling, itch, itch, restricted airways, racing heart, hives, itch and more itch to just about everything I attempted to eat. The sensitivity was so high that a simple trip to a restaurant or the grocery store left me almost turned inside out from scratching and hives. Any social activity that should be enjoyable, became a chore if I encountered food, or by chance people that may have ate food. I left many a functions itchin and scratching, hivin and swellin! It didn't even matter if I ate the food, simply being in the same room as food or being near someone who had ate was enough to start a reaction. Ahhhhhhhhhhhhhhhhhhhhhhhhhh I thought I was going to scratch myself to pieces. Thankfully re-testing for the bacteria proved that it had been eradicated in those first ten days of treatment. Hallelujah!

I'd suffered from food allergies for years and had been doing a process of eliminating foods that I reacted to. Prior to the bacterial infection, I was down to a bare bones diet and did my best to eat only natural unprocessed foods. All of a sudden, my safe foods, were no longer safe. Ritz crackers became my best friend. I'm on the 'list' for allergy testing which could take 1 to 2 years. You read that right, 1 to 2 year wait list! Geesh! I had to find an other alternative. Luckily I happened upon a more natural treatment for allergies called NAET. NAET uses several modalities of healing including kiniesioligy and acupuncture. The therapist subjects you to the allergen then balances your body towards it. I was thankful to find someone who has dealt with severe allergies such as I was experiencing. Of the numerous allergens (thirty plus) I was tested for, I was severely sensitive to all but three. WOW! No wonder my tummy hurts, it's reacting to pretty much everything. My doctor explained that with the allergies being food, basically anything between the point of entry (mouth) and point of exit (I hope I don't need to explain) is subject to irritation from the allergen.  Another medical person explained that my allergies could be compared to an autoimmune disease, however instead of attacking an organ in my body, my body is attacking food, ingested or near.

I started NAET treatments the middle of April. There has been some adjusting and reaction after each treatment. Some Allergens have taken longer to balance than others. In May, I ended up with a severe sinus infection which knocked me out for eight days firmly planted on the couch. The sinuses just cleared up and then fluid from the lungs. Pneumonia? Perhaps! Thankfully, I believe . . . I'm through the worst and greatly look forward to working through these reactions and allergies.

This journey has been a definite test of my strength and the biggest lesson I've learned is keep your FAITH stronger than your fears! I'm always amazed or maybe a better word would be shocked at people's preaching abilities. I have heard more you should's through this experience than I care to mention. How often do we jump to judge someone, often knowing nothing about their experience or having ventured their path. I believe . . . LISTENING is a skill that has more power than any 'you should' a person can muster. I'm very thankful to have a medical doctor and a acupuncturist who although they haven't experienced my journey, have been available to listen and advise me based on my reality not my shoulds! I've a tendency to keep private and upon viewing my last post in January was reminded of my intentions of love and acceptance.   I'm a firm believer that we do not have to love what is going on in our life, but we must accept it.  I decided to share my journey based on loving and accepting my self.

"Fear of failure and fear of the unknown are always defeated by faith. Having faith in yourself, in the process of change, and in the new direction that change sets will reveal your own inner core of steel." ~Georgette Mosbacher

﻿As the above quote reiterates, I believe . . . FAITH is key in my forward movement.  I look forward to revealing my own inner core of steel by the ability to eat more, cook more, and actually enjoy food!  My biggest chore through this journey has been ensuring my kiddos maintain a healthy diet.  Time will tell how successfull I've been in that endeavour!  In the meantime, my kiddos have become quick to accept any food based invitation from family or friends.  I'm thankful to all who have fed them and welcome anyone who wishes to feed them, as meals around our home have been dependent on reactions which translates to somewhat lackadaisical and unpredictable.  The following picture somewhat puts my thoughts and feelings of this journey into perspective: 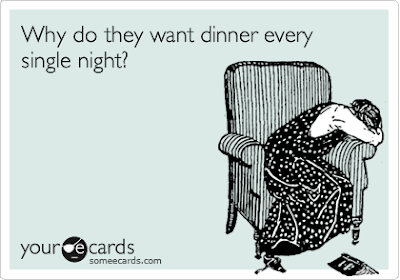 Posted by Laura Davey at 4:14 PM No comments:

Laura Davey
I believe . . . in the power of dreams! In the words of Zoe Keplowitz, "Either we have our dreams or we live our dreams".